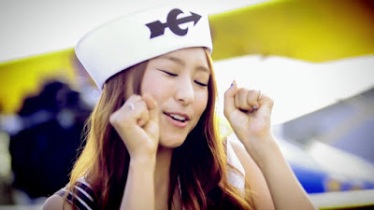 For the last few years K-pop has been showcased at SXSW. It has been a popular event over the years and is considered a platform for Korean artist to break into the west. This year I thought I would go check it out and see what it was all about. What I found was that it was extremely popular. The event was sold out and packed at capacity. My credentials couldn’t get me in. Instead of seeing the showcase, which featured the latest K-pop acts, I stood in the sea of people waiting outside the venue. This however wasn’t all bad; it gave me a chance to talk to some of the fans who came from all over the country to see their favorite k-pop idols.

There was a wide variety of people of all ages and nationalities. Apparently k-pop has taken off in the US and in much of the world. K-pop is the popular music of South Korea, influenced greatly by J-pop the popular music of Japan. Growing up playing Japanese video games and watching anime, I grew accustomed to the J-pop/k-pop sound (It’s the music heard in almost every anime opening).  It’s basically catchy pop music with an emphasis on cuteness. The difference with K-pop is that it was made to be marketed to a global audience. It takes the best things from j-pop and american pop music. 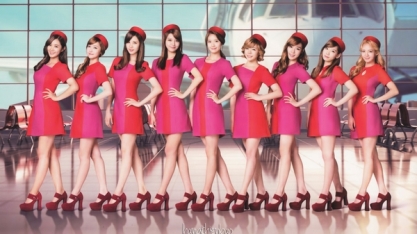 The K-pop music industry is heavily manufactured. Most of the artists are managed by one of several massive talent Agencies. The biggest agencies are SM Entertainment and YG Entertainment. Not only do these agencies manage the artist, they help create their image. Sometimes a gimmick is added to differentiate and sell their image. The agencies do everything for the artists from production of songs, concepts, styling to choreography, stage design and directing.

Mainstream K-pop artist are sometimes called “Idols”. This word more clearly defines what they are, which is definitely not an artist. “An idol is someone with an image created by the company, while an artist would have a significant amount of creative liberty.” Idols are made to represent flawlessness. When a new k-pop group is created auditions are held. The potential artist must adhere to strict requirements. While singing and dancing ability are examined many of the requirements have to do with Appearance.

The majority of k-pop groups are girl bands or boy bands consisting of 3-5 young men or women. In these bands, Girls must be 95-110lbs 5’3-5’8; Guys at least 5’7’. They must be able to exhibit cuteness at anytime through poses and gestures. They also must be flawless in appearance, meaning that sometimes plastic surgery is required. Almost all K-pop idols have had some sort of cosmetic surgery done. While this may seem extreme, it is important to note that plastic surgery is the norm in South Korea. The country is now known as “The plastic surgery capital of the world”. A nose job or double-eyelid surgery is a common graduation gift to young Korean girls. Even a former prime minister has gone under the knife. 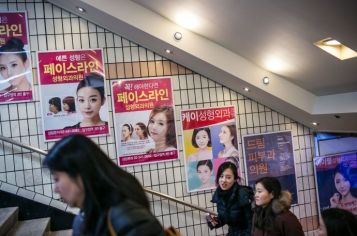 While some may think the life of a k-pop idol is glamorous this isn’t always the case. They must be very careful as they are always being observed. They are expected to remain conservative and keep any relationships/ personal life completely out of the public eye. Usually any scandals means the end of an idols career. Age is another factor in an idols career. While other successful musicians can have a long and promising career, k-pop artist are often switched out for the newer and latest thing.